The Ministry of Public Works, Development and Administration and the Prosecutor’s Office attached to the High Court of Cassation and Justice have agreed to amend the financing contract for the SIPOCA 53 project – Strengthening the capacity of the Public Ministry of enforcing the new hearing provisions of the criminal codes.  Thus, the duration of the project implementation was extended from 36 months to 43 months.

The changes do not affect the purpose and objectives of the project and do not take into account financial aspects.

In making the decision to extend the implementation period, it was taken into account that SIPOCA 53 is a national strategic project, with major impact on the judicial system. The documentation realized during the implementation of the project, related to the way of creating the management system of the hearings, showed that at the European Union level there is still an intense work to implement this type of hearing management at the prosecutor’s level: in Estonia, a state with a high degree of computerization, the management of the hearings at the prosecutor’s office was in the final testing stage, and in Spain there is a functional system, but the judicial system is different, so that the hearings are carried out, as well as the criminal prosecution by an investigating judge.

The main purpose of the project is strengthening the capacity of the Public Ministry in respect of the hearings conducted in accordance with the provisions of the new criminal codes.

The specific objective of the project is developing an IT system for conducting the judicial hearings and the people and objects identification.

Within this project, a software that will support the management activity at the level of the Public Prosecutor’s Offices (Public Ministry) will be developed and will thus contribute to streamlining and modernizing the working methods used in the criminal investigation activity, more precisely in the field of hearings, as defined in the applicable criminal law. By implementing this project, the specific objective 1.3 of axis 1 of the POCA will be achieved (development and implementation of standard systems and modern and efficient management tools at the level of the judicial system).

The new Codes, the strategy for the development of the judicial system 2015-2020, as well as the action plan (Government Decision 1155/2014), all this iterates the need for modernization and transparency of some acts performed by magistrates. Within this project, a performance management software will be created that will benefit from a database whose purpose is to support the prosecutor in making the best decision. Moreover, this IT system will also increase the confidence of citizens in the act of justice, as the new system will provide the certainty of respecting all the rights mentioned in the criminal law in force. The efficiency of the management of the hearings will be implemented at national level, which will mean a structural change and modernization in the activity of the Public Ministry.

Target goup: 600 prosecutors and clerks  and 70 IT specialists from the Public Ministry 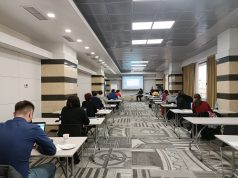 The Office of Information and Public Relations within the Prosecutor’s Office attached to the High Court of Cassation and Justice is empowered to bring to the attention of the public the following: 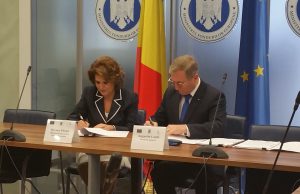 Study visit to Spain under the SIPOCA 53 project – Strengthening...